Semiconductor Startups – Are they back? 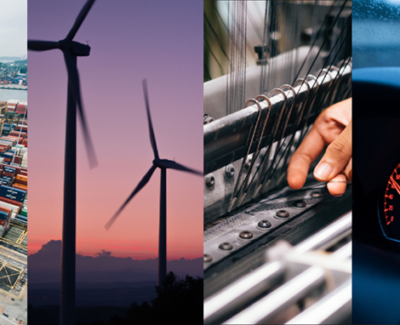 Why Today’s Most Disruptive Startups are Taking a Vertical Perspective

The most disruptive technologies today are horizontal platforms — computing, the Internet, CRM systems, databases, social media, mobile technology, the cloud revolution, payment gateways… Even in their incubatory stages, they became platforms that could be applied to just about any industry vertical — Retail, Manufacturing, Automotive, Financial Services, etc. Of course, Silicon Valley likes horizontal platforms — many of the giants fit the description — Google, Apple, Oracle, Facebook, Intel, and so forth. They can serve broad industry verticals, making the target market size larger and insulating the company against macroeconomic downturns in any one vertical.

But while technology companies continue to strive for incremental horizontal disruption by creating newer horizontal technology stacks, traditional industries are still mainly consumers of broader technology. They have adopted computing, internet, mobile, and cloud solutions, etc. to streamline their operations, increase productivity, reach their customers better … but many of these verticals have not been truly and deeply disrupted. That is, the fundamental nature of how the industry operates has remained largely unchanged.

But once in a while, something fascinating happens. Startups create vertical solutions by combining several horizontal platforms and taking advantage of emerging technology stacks to put together a novel vertical platform. And these aren’t just enabling technologies in the traditional sense — that an industry can take and adopt. These are Tsunamis that knock over an entire industry and force it to re imagine and reinvent itself. What comes out on the other side is a completely new industry with new stakeholders, new customer experiences, different economic scale and highly efficient productivity curve.

What happened in retail over the last 20 years is a perfect example. Retail has been around for several centuries and has pretty much stayed the same. Of course, they adopted technologies to drive efficiencies but never to the extent to reinvent itself in a fundamental sense. Startups combined a variety of technology elements — internet, digital payments, computing, databases and added retail specific tools like logistics-tech, collaborative filtering, and personalization to deliver an end to end experience that was fundamentally different from the retail ecosystem of the past. The resulting end to end stacks progressively revolutionized retail to create Digital Commerce — with new customer experience, supply chains, stakeholders and winners — creating multi-Billion dollar asset classes around the world.

Some of the best opportunities for value creation now exist at the intersections between existing broad horizontal technological platforms and specific industry verticals– particularly in some of the traditional industry verticals. Just like retail, there are similar inflection points for several other industry verticals (for example, the medical industry about to experience exponential AI driven growth). Today, there is a critical mass of disruptive technologies available, and the potential to create value and disrupt an industry is at an all time high.

One of the main drivers for this inflection point is the evolution of the smartphone ecosystem of the last decade. With a volume of 1.5B smartphones a year, every hardware element has become cheaper, faster, and better. Computing elements, connectivity, cameras, memory, and sensors are better than ever and far cheaper. Software platforms and the application ecosystem are now extensive and robust. Today, between Android and ioS, there are millions of apps that solve most of the problems that can be imagined.

Putting together a full stack product using the hardware and software elements from a smartphone has a lower barrier to entry than ever before. Benedict Evans of Andreessen Horowitz compares smartphone components to a container full of lego blocks. With the lego blocks of hardware components, software platforms and the apps, entrepreneurs can put together full stack solutions that produce massive ROI and are incredibly fast to market. This enables disruption of industry verticals where disruption was not previously economically viable.

Using this perspective, even apparently advanced technologies can be seen as composites of made from building blocks that are now commonplace. Drones become nothing more than flying smartphones. Robots are nothing but screen-less smartphones with a mechanical arm. In short, when you take all the aspects of the mobile hardware and software — and you add in the emerging disruptive technology stacks of AI and Machine Learning, AR and VR, and additive manufacturing–highly robust, cost effective, and quick-to-market solutions emerge that can disrupt an entire vertical.

At MFV Partners, we exclusively focus and invest in startups that are driving such industry vertical disruption. We believe industry verticals like Automotive and Transportation, Manufacturing and Industrial, and Knowledge Services will go through significant transformation over the next 2 decades. For example, with electrification, connectivity, Driver Assistance Technology, autonomous vehicles and Shared Mobility, the Automotive and Transportation industry is going through significant changes — in 10 years it will look very different from what it is today. Similarly, industries like Agriculture, Manufacturing, Industrial will be fundamentally transformed– creating opportunity for new startups (and investors).

We look forward to discovering, engaging, and backing the entrepreneurs who will be pushing the envelope in these industry verticals. Their ability to combine horizontal advances in technology and apply them to industry specific contexts will disrupt entire verticals, driving exponential value creation and providing unmatched return on investment for investors savvy enough to recognize the opportunities for vertical disruption. 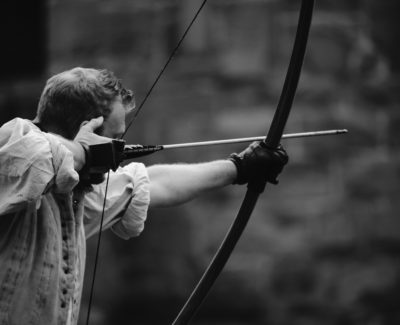 Take advantage of the downturn for the upturn!

As 2019 winds down, we at MFV Partners are thankful to all our partners — Entrepreneurs, Limited Partners, Co-Investors and Ecosystem participants. This has been a great year for us. Our 4 portfolio companies from 2018 have grown leaps and bounds and will continue to great heights in 2020 and beyond. We invested in 3 more companies in 2019 bringing our portfolio count to 7. More details on our new investments very soon!

As a fund, we focus on companies primarily differentiated through fundamental technology (aka deep-tech) in Series A stage. We focus on such companies disrupting traditional industries like Automotive, Manufacturing, Enterprise Services … Here are some of our high level observations from 2019:

It seemed clear in 2019 that Autonomous driving in every street in America will be a certain reality at some point, but it is not coming in large waves soon. There are regulatory issues that need sorting out, the technology needs more work, and the economics of autonomy needs proving out. Startups targeting pure-play on-street / freeway autonomy faced headwinds in 2019. It is healthy for the industry to go through this.

MFV View: We are long on Automotive tech despite the slowdown in Autonomous Vehicles — the disruption of the transportation industry is in its infancy. We have long way to go.

After languishing for years (decades?!?), Robotics has found its footing!

Entrepreneurs’, customers’ and investors’ excitement in Robotics has been ramping up and went up significantly in 2019. Robotics startups are finding traction across a variety of industry verticals — Manufacturing, Transportation, Construction, Agriculture, Hospitality and many more. Robotics has had a paradigm shift in the last few years. Robotics used to be all about hardware and motors and grippers and legs. While continued work happens there, off the shelf hardware is good enough for most applications. With the progress in Computer Vision and AI, the problem has moved from Hardware components to Software and Intelligent Systems. Robotics Companies are really Software companies now. We have seen full stack Robotics companies build products from scratch, pilot with customers, deploy and make revenues — all using just Seed Capital (and interestingly with less capital than many Enterprise Software startups 🙂 )

MFV View: We are long on Robotics — we see significant gaps in the current value chain and there are many value creation opportunities.

AI Compute is here to stay!

Applied AI startups may go through AI winter, but AI Compute is here to stay. There are questions around deployment traction of AI startups in Enterprises. Big Companies that have significant data gravity are probably doing better with AI deployment than new AI startups. But it has become very clear now that for AI / Neural Networks, a new type of compute architecture is required — there are no two ways about it. Current architectures of CPU, DSP and GPU are limited for neural network implementations. Lot of the current activity is in servers where model training is driving compute requirements. We saw big investments, valuations and exits in the area. Newer architectures are required for inference on the edge as well. There are more than 100 companies targeting some form of AI compute architecture now.

MFV View: Performance matters, edge or server. Edge AI architecture requires ultra low power but not at the cost of performance. Our investment in Analog Inference is squarely focused on this area.

Some of the big questions continue to remain …

We saw the collapse of capital driven growth (revenues and valuation) through WeWork and several tech IPO’s this year. Many cheered at the WeWork collapse and public market performance of high-capital tech IPO companies, indicating that things are changing. But we haven’t seen that effect trickle back into private company valuations though — early or later rounds. Quantitative Easing has been a factor — Softbank or not — over the last 10 years. There is plenty of cheap capital available that is willing to take on risks in search of returns. Just in US, there are 1000+ micro VC funds now and the capital deployment has surpassed the peak of 2000. This question will continue on in 2020.

Going into 2020, we are bullish on the ecosystem and we continue to be amazed by the resilient entrepreneurs driving disruptive innovation through several industries. We are thankful for the great year we had in 2019 and we look forward to working with all the ecosystem partners in 2020 and beyond.